On November 19, 2015 at the Flamboyán Theatre (Clemente Velez Soto Cultural Center) in Lower Manhattan, I join a group of talented musicians to interpret the work of Mexican composer, Max Lifchitz, as part of New York’s Latin American Cultural Week. This is my second time collaborating with Max. The first time was last May for a concert of Mexican Art song with mezzo, Anna Tonna. In that concert we presented some repertoire rarely (if ever) heard outside of Mexico. This repertoire was completely new to me. I had heard of Manuel Ponce and María Grever, but not Blas Galindo or Salvador Moreno, whose works intrigued me and compelled me to include them. For that concert, Max wrote a duet for Anna and me, called “Me acerco y me retiro.” Max set the poem of the same title by Sor Juana Inés de la Cruz. This love poem’s title, “I come close, and I retreat” makes a lot of sense since Sor Juana was a nun and any romantic endeavors would have been considered scandalous. Amor prohibido? 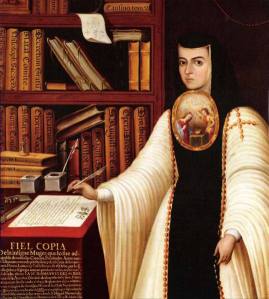 A duet for two lower voices, mezzo and contralto, is not the norm. Most duets between women are sopranos and lower voices (mezzo or contralto). Singing the contralto part to Anna’s mezzo is a very different experience as well. I’m accustomed to singing the lower part but always with sopranos. With a soprano/mezzo duet, the soprano sometimes has a more ethereal quality when floating above the staff. In this duet I feel like the contralto provides that quality–as well as the mystery. There is an earthiness to the low notes but also the sensation of a whisper or echo to the mezzo, because at the part of the range the volume will never overpower that of a higher voice.

I am equally enchanted by the love song “Eres tú” that I will sing on November 19. Max wrote both the lyrics and the music, and it is a simple yet poignant piece that speaks of a total, but perhaps idyllic love:

“Eres tú, siempre mi ilusión” (You are the one of my dreams)

Max employs images from nature, one of my favorite devices for depicting love in poetry:

By sea or by land, through jungles and oceans

Heart, beautiful as a flower

This dramatic love is a journey through time and space, that ignores time and space, as it is complete and eternal. To be able to sincerely communicate such a feeling, this purest of sentiment, is my challenge for this special event — An Evening with Max!

For more information about the concert: http://www.northsouthmusic.org/